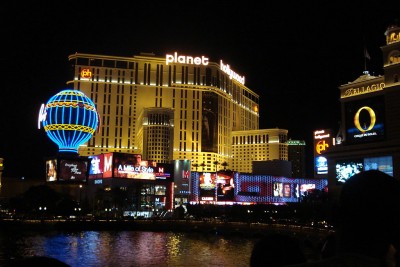 LAS VEGAS (July 31, 2018) – After more than a decade of dominating the world of magic as the biggest name on the planet, Criss Angel will unveil an over-the-top visual spectacular unlike any other in existence – Criss Angel MINDFREAK®, in the newly-renamed Criss Angel Theater at Planet Hollywood Resort & Casino opening Dec. 19, 2018. The brand-new production incorporates cutting-edge technology and boasts more than 75 illusions with 20 never-before-seen effects that will give fans the ultimate immersive experience, showcasing the iconic Angel on a massive scale.

“It’s amazing to be back home at Planet Hollywood, where I began MINDFREAK in 2005. As that TV series changed the trajectory of magic on television, I believe my new show will do the same for live performance, creating a brand-new immersive experience that the world of entertainment has never had,” says Criss.

Hailed as the “#1 Magician on the Planet” by the Las Vegas Sun and dubbed “The Biggest Name in Las Vegas Magic” by Bloomberg Businessweek, Criss Angel is the only magician performing today honored with the highest award in the magical arts, the Lifetime Achievement award from the largest and most prestigious magic organization in the world, the nearly one hundred-year-old International Brotherhood of Magicians, given only five times in its history.  He will bring the ground-breaking new MINDFREAK to Las Vegas audiences and introduce more illusions and more technology than any other show, of any kind, in the world. This immersive evolution of MINDFREAK will combine pop culture with Angel’s iconic illusions, gripping audiences with mind-blowing visuals, pyrotechnics, LED effects, interactive lobby installations, memorabilia and more, including cutting-edge technology never before used on a live stage.

“Criss Angel is one of the most innovative magicians in the world and we’re ecstatic to bring his brand-new show to Planet Hollywood,” said Brian Becker, CEO of BASE Entertainment. “This show will shock and charm audiences with Criss’ personal stories intertwined with revolutionary illusions and extraordinary advances in the art and technology of magic on stage.”

Based on Angel’s breakout hit TV series MINDFREAK, which smashed records and counted an audience of more than 100 million viewers in each of its six seasons on A&E, making it the most successful magic show in television history, MINDFREAK at Planet Hollywood will showcase 90-minutes of the most mind-blowing, original and inventive illusions performed to date.

Criss Angel MINDFREAK will begin performances on Dec. 19. Tickets will go on sale to the public Friday, Aug. 3 at 10 a.m. PT. An exclusive presale for Total Rewards members, Caesars Entertainment’s loyalty program, will be available from Wednesday, Aug. 1 at 10 a.m. PT through Thursday, Aug. 2 at 10 p.m. PT. Tickets start at $69, plus tax and applicable fees and will available at CrissAngel.com and Ticketmaster.com/crissangel, by calling (855) 234-7469 or in-person at the Criss Angel Theater box office. A limited number of VIP Experiences will be available for each performance, including personal escort into the venue, limited edition VIP laminate, photograph and meet & greet with Criss Angel. For groups of 10 or more, please call 866-633-0195 or email Sales@BASEentertainment.com. Criss Angel MINDFREAK was created, directed, and produced by Criss Angel for APWI and is presented by BASE Entertainment.