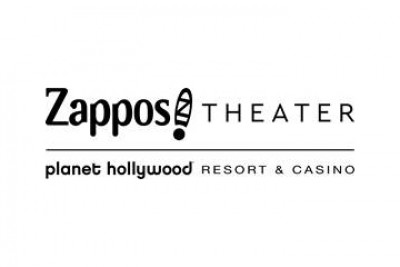 Zappos.com announced today that it is teaming up with Caesars Entertainment, beginning with the renaming of The AXIS, the Las Vegas resort’s world-class 7,000-seat state-of-the-art live entertainment venue. As part of the multi-year partnership, officials from both Zappos and Caesars revealed the theater will now be known as Zappos Theater at Planet Hollywood Resort & Casino. Additional initiatives will be announced in the near future.

“The next evolutionary step for Zappos is going to be about bringing our service to life in new and experimental ways. We want to mix what we know about service with what Caesars Entertainment knows about putting on an amazing show. Zappos Theater will let us create fun, a little weirdness, and an opportunity to WOW people through rocking out,” said Tyler Williams, Fungineer at Zappos.

“Hundreds of thousands of guests come to Planet Hollywood Resort & Casino each year to enjoy seeing world-famous artists perform,” said Chris Holdren, chief marketing officer for Caesars Entertainment. “Zappos is a brand synonymous with creativity and innovation. Together, through our new partnership, we’ll continue to enhance the experience and deliver delight.”

“Partnering with a company that is not only known for their world-class customer service, but is also a Las Vegas-based company, shows our customers the level of dedication the theater has committed to delivering an exceptional music experience and A-list entertainment, solidifying the venue’s reputation as the city’s premier live music destination,” said Jason Gastwirth, president of entertainment for Caesars Entertainment.

The partnership will allow Zappos to show its Core Values and Culture in new and unexpected ways, while remaining obsessed with the customer experience both on and off line. The customer service company that just happens to sell shoes, clothing and accessories will take the concertgoer’s customer journey to new heights in the entertainment world. With surprise and delight moments sure to excite guests throughout the venue, the collaboration between the two companies will bring an enhanced show experience in both companies’ hometown of Las Vegas, while making memorable experiences to elevate the entertainment experience.

Since 2013, this venue has been known as the epicenter of A-list entertainment in Las Vegas. From an all-star list of celebrity concert-goers to record-breaking headlining residency shows featuring today’s top acts, supported by the venue’s exclusive booking partner and largest concert promoter in the world, Live Nation.

While world-class content and the venue’s unique size and configuration set it apart, amenity and guest experience further distinguish Zappos Theater from other venues in Las Vegas. With a nod to the growing importance of nightlife to the Las Vegas visitor experience, Zappos Theater creates the first true nexus of nightlife and live entertainment both in its design and service model. The theater features an innovative dance floor and VIP table seating concept that allows guests a one-of-a-kind concert experience that is made even more exceptional by the nightlife-oriented service provided by Drai’s Management Group.

Zappos Theater is known for its impressive acoustics and unobstructed views with one of the widest proscenium openings in the United States. The theater boasts one of the largest video and projection installations in the world. The projections come from 60 ultra high-definition projectors that cover more than 200 degrees of the audience chamber. The walls of the audience chamber are wrapped in custom fabric designed to optimize the impact of the video content which will carry over into the stage area with 2,200 square feet of high-definition 10 millimeter LED walls that can be reconfigured to meet the needs of various productions. In addition to an immersive visual experience, a groundbreaking D&B sound system with more than 100,000 Watts of power provide the crispest highs, life-like vocals and earth-shaking bass performances.  A massive array of 21-inch subwoofers ensures guests feel the music as well as they hear it.